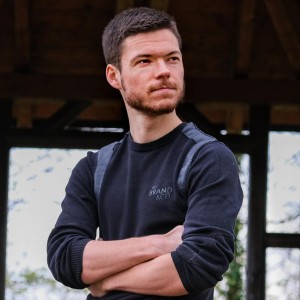 If Deep Blue 1996 rematch against champion Gary Kasparov was a victory for machine intelligence, it also showed how close computer science has always been to the study of chess. Researchers have constantly sought algorithmic refinements by testing them in this intuitive but very complex game. But it’s not just machines that have benefited from this stimulating playground.

According to Gary Kasparov in Deep Thinking, despite the domination of modern chess software, contemporary players are relying a lot on the cognitive power of these computers. They used them to deepen their game understanding, and learned to upgrade their own cognitive skills. Here’s how chess programs and human players are working together to leverage their own strengths, and be even stronger together.

The human way of playing chess

From the earliest days of computer science, researchers have always tried to test the skills of their machines in chess games. By confronting them with professional players, they would quickly realize how the human way of playing chess was more complex and subtle than it seemed.

While the researchers were trying to assess their move cost/benefits comparing them among all existing possibilities (which are on the order of hundreds of billions for only the first 4 moves!), the human players were prone to focus on few well-chosen positions.

Claude Shannon for example, a pioneer in the design of chess programs, sought to understand the most efficient way to optimize the calculation and accuracy of the machine’s moves. Realizing the strength of mathematical analysis based on piece positions, he notably made the difference between a Type A search that climbs as far up the possibility tree and a Type B search that focuses on a few tree possibilities to select the best move. The type A relied on brute calculation forces, while the type B relied on strategic and intuitive moves.

But, restricted by the low computational power of their first prototypes and following Claude Shannon advice, computer scientists were still forced in 50s and 60s to draw inspiration from the human way of playing (Type B). They taught them simpler heuristics based especially on the material value of pieces.

That was still not enough though, as human decision patterns relied and still rely on more strategic than tactical skills. They nurtured a shared knowledge of openings, of intuitive and spatial knowledge of the game. They used also analogies with past and experienced games and human psychology to get the upper hand over their opponent. In contrast, the machine was only able to identify temporary advantages and tactics. They neglected essential factors such as the importance of the king and the relative agility of the pieces according to the space they occupied.

But as academic papers flourished on this subject in the 70s, researchers went increasingly back to a more global approach (type A), which attempts to predict the best moves overall by brute force calculation. And the least we can say is that this approach outperforms human players at their own game.

The cognitive differences of machines

As advanced chess software beat more and more experienced players in the 80s and 90s, they began to show qualities of play on their own. Researchers, relying more on scientific precision than on human inspiration, learned them how to calculate in advance the best choices to make 4 moves in advance. They also provided them with a consequent database on the most known opening strategies to accelerate their calculation.

The result was machines that proved to be relentless competitors. Human players were often surprised by their ability to keep tactical positions at all costs. To counter that, they used their strategic flexibility to set traps for the machines, for example by sacrificing a pawn to attack a larger piece and thus gain a material advantage. They differentiated themselves by their ability to make long-term plans.

Yet, these machines remain stubborn in finding the move that would allow them to get out of an impossible situation. They were relentless in defending their position until they were drawn. This gave them a high advantage in the middle of the game.

Conversely, human players thrived at the beginning of the game (using their learning and creativity in openings) and at the end of the game where they showed their strategic know-how to turn the game in their favor.

Computers such as Deep Thought, then IBM’s Deep Blue in the 90s, only accentuated this raw computing power. Gary Kasparov, the reigning chess champion of the time, managed to defeat Deep Blue without any trouble with its 100 million positions calculated per second in 1993. But, the incredible speed of calculation already showed an increasingly high advantage over human strategic skills. The rematch thus took place under clearly different conditions.

Forced to win at all costs, the IBM teams focused on tactics, using the tactical knowledge of high-level players to learn the best move sequences for Kasparov’s style. This allowed them to perfect an evaluation function that was often neglected until then. During the match, Deep Blue showed remarkable abilities to improvise strategies by calculating them from individual move evaluations. Taken by surprise by one decisive move (and discovering at the end that this move could have allowed him to equalize), Gary Kasparov was distraught and lost control of the match.

Leading to the conclusion that we know: the beginning of machine supremacy over men.

The journey of humans vs machines chess game has although not only been about confrontation. Far from it.

Since the 1980s, the emergence of personal computers has allowed the invention of chess programs for everyone. Chess players, especially professional ones, had then in their hands very powerful tools to analyze and assess their moves. They could easily calculate the consequences of their moves and the advantage/benefit they got from them.

With the increase of their computing power, these programs became real learning platforms for future chess players. Now everyone could learn from incredible game databases and improve repeatedly against these optimized algorithms. Players thus relied more and more on mathematical research of the best moves and less and less on their master and teachers. This contributed greatly to a deepening of the techniques and knowledge of the game. Contemporary players are now satisfied with retaining numerous automatic opening sequences to cope with various situations.

But, on the other hand, it also pushed to try new things. This is where the collaboration between humans and machines becomes even more valuable. Today’s chess masters, for example, have learned to use the computational power of chess machines to refine their pre-game strategies, invent new moves and improvise with more freedom. Since they have a much greater knowledge of their opponents’ old games and game plans, they find it even easier to venture into strategic and innovative terrain and show their true creativity at work.

So much so that chess players today find even more interest in collaborating with machines than playing against them. As they would inevitably crush them by brute force, they prefer to focus on new and more creative avenues that computer insights provide them.

Competitions combining human and artificial players are thus becoming more and more frequent (with advanced chess games), showing how human strategic skills and machine tactic abilities complement each other, especially with well-managed workflow. This means that chess has become a high place of human-machine powerful collaboration! Do you want to learn more about behavioral research around human-machine interaction ? Here are some interesting facts studied by Clifford Nass. You want to know the new job titles that AI will expand through human-machine collaboration ? Here are 4 examples